I‘ve always been involved in food production. My parents had a garden and my grandfather was a farmer. My first job was picking potatoes for a guy who grew them on the side. In high school I worked in an apple orchard. During college I spent time working on a dairy farm and a large cash crop operation. Early in our marriage my wife and I grew a small balcony garden that has since developed into an acreage. Now we grow vegetables and raise animals for local farmers’ markets and food co-ops. I guess you could say it is a hobby gone wild.

I have found the work of Joel Salatin, a self-professed “Christian-libertarian-environmentalist-capitalist-lunatic farmer,” to be very influential. Food has to taste good–that’s number one for me. My wife used to be a vegetarian, not because she was opposed to eating meat, but because she didn’t know where her meat came from. Now we get our beef from a mile up the road, we raise our own pork and chicken, and we get our fish from someone we know in Sioux Falls, South Dakota, who has connections in Alaska. So first it is about taste, and second it is about where and how the food is produced.

The best form of consumer safety is the consumer having a relationship with the food producer. 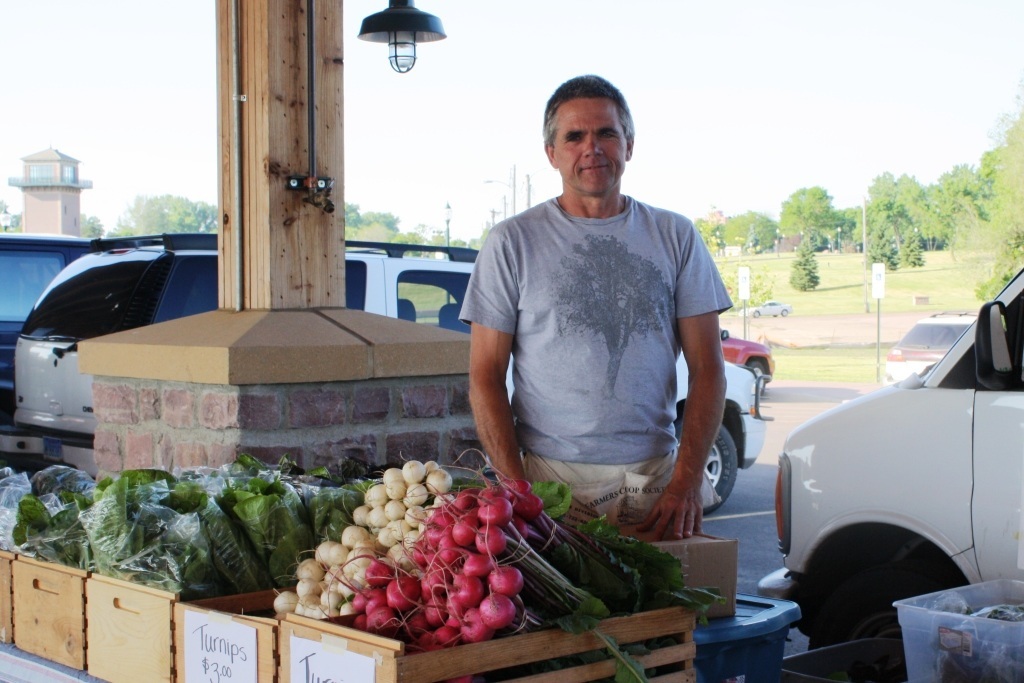 The best form of consumer safety is the consumer having a relationship with the food producer.
John Wesselius
You can read more of John’s story at “Coming to the Table: Discussing Food in the Middle of Farm Country,” by Jason Lief, a professor at Dordt College in Sioux Center.